War, but not as we know it

Is our hobby in danger of not seeing any more new products for Napoleonic Wars in the coming year once again? We have had two years of the Coronavirus around the world which slowed down production to a walking pace and now a war in the Ukraine. The two biggest plastic companies have stopped working but for how long?

HaT in America have not published any new updates on their web site since October last year and it seems to be dead even to their forum users. This is a great shame as I was hoping for the Prussian limbers and wagons that they had at design stage years ago. They are the only Napoleonic set that I need from them at the moment. Saying that, I had hoped for some other new sets coming from them this year such as like the Dutch/Belgian Carabineers or some Hanoverian Infantry.

With Russia going to war with the Ukraine this month, Strelets have halted production for now but they are still in the process of producing a load of the War of the Spanish Succession figures. Their forum is very much alive and well. Although they have brought out some new figures for the Napoleonic Wars over the last two years, they are not for my Waterloo period. I do not like the standing possess that they have done either for the Prussian cavalry or for the Infantry sets in that matter. I do like my figures in action possess.

So it could be another year without anything new for me. This could be why I am having great trouble in painting anything these days. I have just lost my painting mojo at the moment but hope that with spring in the air and sunnier days ahead, that the spark will come back to me. It’s been nearly two years since I finished painting a set of figures.

Posted by General Reeve at 12:17 No comments:

Sharpe's Rifles was the first of the Sharpe television dramas, based on Bernard Cornwell's 1988 novel of the same name. It was first shown on British Channel ITV in 1993, the adaptation stars Sean Bean, Daragh O'Malley and Assumpta Serna. It began a long series of successful and critically acclaimed television adaptations of the Sharpe novels. Filming took place in the Crimea, Portugal and England, during which Paul McGann who was the original actor cast for the role of Richard Sharpe, broke his leg and was quickly replaced with Sean Bean. 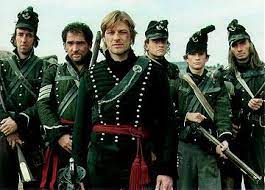 Richard Sharpe is a fictional British soldier in the Napoleonic Wars, with Irish actor Daragh O'Malley playing his second in command sergeant, Patrick Harper. Sharpe and Harper are the heroes of the Sharpe series and most of the soldiers were from reenactment groups.

Most of the episodes are based on the Bernard Cornwell books. Produced by Celtic Films and Picture Palace Films for the ITV network, the series was filmed mainly in Crimea, with recording of other episodes in Turkey, England, Portugal, Spain and the two final episodes filmed in India.

In 2006, ITV premiered another two series Sharpe's Challenge, a two-part adventure loosely based on his time in India and Sharpe's Peril both are not based on any of Cornwell's novels.

Happy New Year from the General 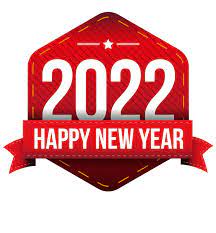 A Very “Happy New Year” to you all and let’s hope that this year we can get back to some kind of normality. Well 2021 became the second year with the Coronavirus but life is still trying to get back to a near normal. Wargame shows were cancelled for the most of the year but they do seem to be coming back, so fingers crossed for this year.

The output of plastic figures seemed to have dried up for my period but once again hope that there will be a few new Napoleonic sets for me this year?

On the painting front, I have failed to complete any units last year. It seemed that I did not have any hobby time, so I must change that for this year. On the 17th August 2020 I stated painting the 2nd Dragoon (Scots Greys) but they have been on the back burner since then. After the New Year is over, it’s my intentions this year is to finish off the 2nd Dragoon (Scots Greys) and complete some odds and ends that have been stored away for many years. I will also like to start painting some more regiments but we will see what happens.

So no New Year resolutions as such from me again this year. If you look at my performance last year it was one of the worst years that I have had on my blog for postings. So thank you for looking at my blog but hope that this year there will be more posts to read.

Posted by General Reeve at 11:16 No comments:

Merry Christmas from the General 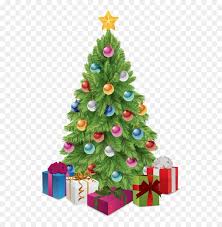 This year it has been yet another very difficult one for everyone, but now that we have had the vaccine life is nowhere near normal as hoped as a new variant hits the world.

After doing so well in 2020 with my painting it all came to a halt in the August of that year. I did start painting my British 2nd Dragoons (Scots Greys) and I am near finishing nine horses with twelve troopers. But they have remained on my painting table for such a long time now as the enthusiasm seems to have left me to finish them off. But with another lockdown looming after New Year, this could be what I need to restart that spark.  Also I think that with figure companies not producing anything that I want for the Waterloo period in recent years, there’s nothing to look forward too.

I have also failed to do anything on my blog this year but hope to do somethings for next year. So many thanks for those who take a look at my blog now and again. I have had a total of 84,538 page views to date which is fantastic with is nearly 20,000 hits more than last year’s total.

Marengo was born in 1793 and was the favorite mount of Napoleon. He was named after the Battle of Marengo. Napoleons horse was imported to France from Egypt following the Battle of Abukir in 1799 as a six-year-old. The light grey Arabian was only 14.1 hands high, probably bred at the famous El Naseri Stud. He was a reliable horse, steady, and courageous mount. Marengo was wounded eight times in his career, and carried the Emperor in the Battle of Austerlitz, Battle of Jena-Auerstedt, Battle of Wagram, and the Battle of Waterloo. He also was frequently used in the 80-mile gallops from Valladolid to Burgos, which he often completed in five hours. As one of 52 horses in Napoleon's personal stud, Marengo fled with these horses when it was raided by Russians in 1812, surviving the retreat from Moscow; however, the stallion was captured in 1815 at the Battle of Waterloo by William Petre, 11th Baron Petre, after Napoleon fled the battlefield in a carriage. 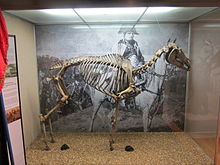 Petre brought the horse back to England and was paraded before the crowds where after he was sold to Lieutenant-Colonel Angerstein of the Grenadier Guards. Marengo stood at stud (unsuccessfully) at New Barnes, near Ely, and lived out his days as a star attraction at various parades and exhibitions. at the age of 27. He eventually died at the old age of 38 and in 1831 his skeleton (minus two hooves) was preserved and later passed to the Royal United Services Institute and is now on display at the National Army Museum in Chelsea, London. 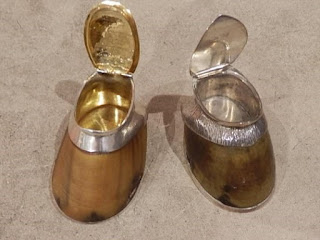 One of the remaining hooves was given to the officers of the Brigade of Guards by John Julius Angerstein as a snuff box. The fourth hoof was mounted as a silver inkwell and retained by the family; it is still owned by the family but is now on loan to the Household Cavalry Museum. The Duke of Wellington was asked to disinter his own horse, Copenhagen, to be exhibited alongside Marengo, but refused to do so. Coincidentally, one of Copenhagen's hooves was also later used as an ornament.

Posted by General Reeve at 17:14 No comments: